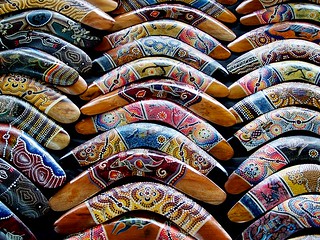 It was Bill Cosby who said that the role of the parent was to get the kids out of the house and keep them out. According to the NY Times, we are looking at a Boomerang Generation epidemic. One in five of those between their early 20’s and 30’s is at home living with their parents. Despite what you may think, annual wage has little or nothing to do with the trend.

A recent report by the Pew Research Center had some interesting results tucked away in one of the appendices. Children living with their parents made more money than those living on their own. Those living with parents had slightly higher than median incomes and those living on their own had slightly lower than median incomes. Unfortunately, there wasn’t much speculation on the trend, but I’ll offer some personal thoughts.

Perhaps the correlation of children’s income is directly related to the parent’s higher levels of income? If this proves true, it might be that boomerang kids simply do not want to start out life in a lower economic class. Life with parents is more lavish and children simply have no reason to risk comfort for the challenge of bootstrapping.

The Ship Without a Captain

If you want me to put my money down on a theory, I’d say that it has to do with millennial family aversion.

As a young adult why they didn’t get married at 22? You’ll hear something like:

The mantra for young adult relationships is that financial/professional stability comes before starting a family. This is hailed as a smart, tactical decision. I think this is seriously debatable. However, I do believe itis the major impact on boomerang kids. As young adults put off marriage further and further in life, I believe the incentive to move out of Mom and Dad’s has also shifted with it.

Of course, this is all just my own two sense. It does seem clear that getting your child a higher salary seems to guarantee rather then limit the change of having a boomerang child.