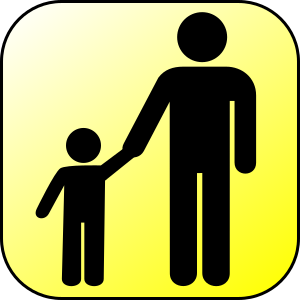 An icon illustrating a parent and child (Photo credit: Wikipedia)

Baby Boomers have a lot of perceptions about their children and one of the most controversial is the idea that the Millenial generation is lazy. A boomerang kid is the more patronizing phrase bandied about the media. The idea is that young kids have no ambition and thus find their way back to mom and dad’s for some freeloading.

I myself have long believed that the current generation is the laziest of American history. However, a recent longitudinal study from the US Department of Education changed my opinion. The studied polled 20-year-olds over four different decades to show how financial situations of young adults shifted over time. Comparing those at age 20 in 1974 and those of the same age in 2006 showed some interesting results.

More Millenials Live on their Own at Age 20 Than Boomers

It’s undisputable. More Millenials live with their parents than ever before. However, the term boomerang generation doesn’t quite fit with the statistics. In fact, more Millenials lived on their own in 2006 (10 percent) than boomers in 1974 (8.6 percent). It might not be a huge victory to claim the loneliest living situation, but it is undeniable that the latest generation to reach adulthood does have a larger population of self-sufficient individuals.

More Millenials Worked While Attending College at Age 20 Than Boomers

When it comes to who worked more, Baby Boomers take the prize. Far fewer boomers attended college compared to Millenials. As a result, at age 20 there were more boomers in the workforce. However, the story changes when you look at which generation worked more while attending college.

More Boomers may have been in the workforce by age 20, but Millenial college students worked far more than their parents three decades later.

When it comes to civic duty like voting in elections, Millenials hold the record. In 2008, more voters under the age of 30 flocked to the polls than ever before. It’s truly an accomplishment when you consider how active Boomers were in the sixties and seventies. What remains uncertain is whether young adults remain engaged for future elections.

As a writer, it’s always nice to be able to find content that can create such a contentious title. Pitting the pride of two generations against each other is readership gold. However, there truly is a financial point to be made in setting the record straight on the millennial generation.

Times have changed dramatically and Millenials face different financial needs than parental Boomers at age 20. The numbers above show how vast those changes are. More Millenials go to college and since Millenials delay marriage, it means that financial freedom will have to be achieved later in life and possibly without a second income. It also means taking out more debt younger and putting off savings.

The landscape is completely different from when you, as a parent, were their age. It’s easy to assign those differences and the responses to those challenges as a flaw in a generation’s personality, but it’s not true. Today’s youngest adult generation is working harder than any in the last 30 years.

Don’t condescend on your young adult. It’s hard to remember, but you didn’t really walk up hill, both ways, to work each morning. Understand that their situation is different and try to help them overcome the unique challenges they are facing.