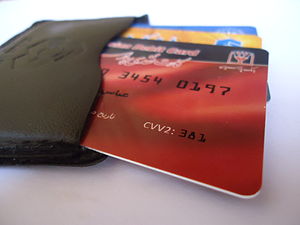 Are you sick of hearing about new fees? Well, the latest one isn’t coming from Bank of America. It’s being brought to you by retailers. The story is long and complicated, but there is a reason why stores may be charging you to use a credit card and it has implications for your family’s finances.

At the time retailers argued that by capping debit card fees it would mean lower prices for consumers. What did occur was a shifting of price increases from retailers to banks. Since the transaction fee cap cut into the banking industry’s bottom line, new banking fees were the result and consumers found no benefit.

Not all retailers benefited either. The structure of the cap allowed companies to hike charges on small-dollar items. In some cases, transaction charges tripled.

How the Credit Card Settlement Might Affect Family Finances

There has been a lot of disagreement about the fallout from the lawsuit. While retailers have earned the right to charge a surcharge, it is not certain that they will. Some state laws prohibit such charges, like NY and CA.

Adding the surcharges would also risk aggravating consumers. Unlike debit card transaction fees, retailers won’t be shifting costs to banks. This time, if they want to raise a fee, they’ll have to do it at the point of sale, where demanding consumers can see it. Expectations are that large retailers will not opt for the charge, while small retailers might take advantage of the new tool.

Consumers have more than fees to worry about in this latest brouhaha. When debit card rates were slashed through legislation, it effectively ended rewards cards for debit cards. You can be sure that any decline in profit margin as a result of the credit card settlement will threaten the availability of rewards cards and subscription incentives.

As Kramer once said on Seinfeld, “retail is for suckers.” This dispute all goes back to the nature of retail and how the industry has low profit margins. That’s because retailers have very small bargaining power in relation to suppliers and manufacturers. It makes sense from a business perspective to try and increase your negotiation clout through government lobbying and lawsuits. Retailers might get its improved profit margins, but consumers won’t be better off and that will only hurt retailers in the long run.