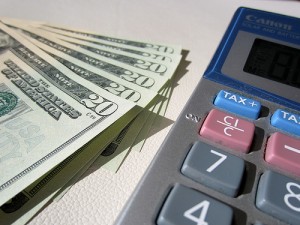 Would you be insulted if you were average in the romance department? How would you like to be called an average performer at your job? Do your friends think that you look average compared to everyone else?

I’d say your average person dislikes being average. Average has almost become a pejorative in American culture. These days, it is something synonymous with being lazy or not putting forth effort. We are obsessed with being more than average. So, if you want to avoid the average family budget, it helps to know what it is.

What is the Average Family Budget?

The Bureau of Labor Statistics regularly publishes consumption surveys, which we can use to give us an idea of the average budget for an American family.

Top Three Categories Make Up 63% of the Family Budget

A large majority of the average family budget is made up of only three categories: housing, transportation and clothing. If you want to cut expenses and have a large impact on your finances, these are the areas worth investigating. Even small cuts to one of these areas will have a big impact on your spending.

Gasoline is Not the Largest Cost of a Car

At a cost of $7,677, transportation is the 2nd largest category for the average family budget. While spending on gas each month tends to be painful, it is not actually the largest cost of owning a vehicle. According to the BLS, the average family spends $2,715 on gasoline. That’s about one third of the overall budget. The biggest portion of this category is actually purchase price of a car or car payments. In other words, saving on a car is mostly about managing the costs of buying.

Eating Out Eats a Lot of the Food Budget

Health Insurance is only the 6th Largest Category

Based on official category titles, it’s hard to know where your health insurance costs go, because there is a healthcare category and an insurance category. However, the confusion does bring up an interesting point.

Health insurance is represented by the healthcare category. At $3,157, it’s actually far down the list of categories at 6th on the list by total cost spent. The average American family is paying roughly $263 per month on healthcare. Meanwhile, the insurance category is further up the list at 4th and is most comprised of your social security payments.

While health care costs are important and a concern, we spend far more on entertainment and eating out put together. Health insurance is a cost worth watching, but definitely not the largest expense families deal with.

That’s not to say that there isn’t lots of room for improvement, but I suspect that many of you will find at least some of the average budget categories difficult to beat. I know personally, that my family spends far more on gasoline. Although I believe we come in a bit lower on overall transportation, because we‘ve paid off one of our cars.

While the word average tends to be associated mediocrity, my guess is that most people could improve their finances if their budget were average.