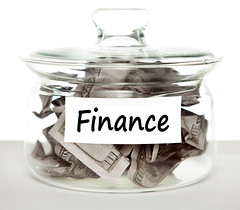 Economics is arguably the most boring subject on earth. I used to set an alarm clock whenever I had to read my textbooks. My wife (then fiancé) refused to proofread my economics term papers except right before bed. Many nights of insomnia have been cured thanks to my copy of Adam Smith’s Wealth of Nations. Pareto’s 80/20 rule might be economics (and boring by association), but it will help your family’s finances.

Vilfredo Pareto was an economist who was obsessed with optimization. He wanted to know optimal allocations of wealth and utility. His explorations of wealth distribution lead him to the discovery that roughly 80 percent of a nation’s wealth was controlled by 20 percent of the population.  Over time, businessmen latched on to the research and expanded the principle to optimizing management.

Pareto’s 80/20 rule has many uses in personal finance as well. Many authors and bloggers have put it to good use. However, they often only use half of the power of the 80/20 rule. Here is the part that they get right.

You should use the 80/20 rule to identify the 20 percent of things impacting the 80 percent of your finances. Focus on these things and you’ll maximize financial impact.

However, I find this a narrow application of the rule. Personal finance and family finance are all about managing two essential ingredients: money and time. Most people understand how the rule applies to money, but often at the expense of time.

The average family spends 63% of their expenses on just three spending categories: housing, transportation and food. The 80/20 rule would indicate that finding ways to cut these three categories will have the greatest savings to your family’s finances. However, not all ways are created equal.

Many people have focused on their food budget by extreme couponing. For some couponers, they can eradicate almost all food spending with 10 hours of couponing each week. Since the food budget is item number three in the list of big ticket family expenses, the effort is justified by most people’s interpretation of the 80/20 rule. However, the average family food expense is about $350 per month; at 40 hours of work each month, extreme couponers are couponing at $8.75 per hour. That’s just about minimum wage.

JP’s Principle attempts to add time to the equation.

JP’s Principle is: spend an hour saving $30 and 5 minutes saving $2.50. Or in other words, spend 20 percent of your time for 80 percent of financial impact.

If you are going to invest large amounts of time, make sure that there is a major impact to your finances. However, don’t ignore low-hanging fruit either.

Examples of JP’s Principle in Action

Two years ago, I wanted to lower my family’s food budget from $650 to $350 per month. I meticulously tracked our meals and food spending for a month and found that we ate a lot of high cost meals. It probably took about 8 hours of boring recordkeeping. However, we set a goal of $1 per serving for every meal and ever since then, we’ve cut our budget by $300 per month.

It took a lot of time and effort, but the payoff has meant $3,600 in savings every year.

For years, I’ve done direct deposit from my employer into a checking account. I earn $0 interest for the 30 days the money sits in that account before I pay my bills. I spent 5 minutes changing my direct deposit to a savings account instead. It’s only a little bit of interest; $3 per month to be exact. However, I now earn $36 per year for five minutes of work. If I come up with 10 of these ideas this year, I’ll have given myself a 1% raise in salary.

It’s not a lot of effort, but it took almost no time to setup. It’s not extremely helpful alone, but if it’s the first of many such time investments, it’ll add up to a much larger impact on your finances.

I know many of you like things boiled down into simple rules, so here is JP’s Golden Rules based on JP’s Principle. If you want to get more money out of your budget and improve your financial decision making:

My hope is to start a Tuesday series where I’ll share ideas that are low hanging fruit, some of the big dollar successes my family has found and some popular efforts people make that don’t really have large economic payoffs.  I hope that they might help you to improve your own finances, but most importantly, to at least get you thinking about save/making money and also saving/spending time.