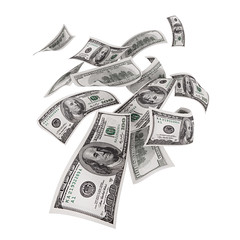 Yakezie is a community of personal finance and lifestyle bloggers that work hard to selflessly help others. This post is part of the Yakezie blog swap. Today, Michelle from Making Sense of Cents and I are swapping blogs for a day. Please stop by her site to read my own Biggest Money Mistake.

Hi everyone! My name is Michelle and I blog over at Making Sense of Cents. Over at my blog, I talk about personal finance related topics such as budgets, student loans, and making money, but I also talk a lot about traveling, beauty and food. Today, I’m guest posting on my BIGGEST MONEY MISTAKE!

My biggest money mistake ended up being a chain reaction of mistakes. When I was younger, I had to move out (long sad story short, my dad passed away when I was 18). I moved out when I was 18. Even though I had a full-time job, I of course still did not have enough money.

I was going to school, renting a house (it was only $350 a month plus utilities), and worked full-time. I only had enough money for basic living expenses, but not enough for me to attend school. And we also spent too much on things we didn’t need (mainly clothes and a new car).

When I was 20 I bought a house. I was still in school but I hated throwing my money away at a nasty house that we were renting. We also had horrible neighbors, who actually threatened to kill us. But that’s a whole ‘nother story!

Anyways, we were making enough money to afford a house of our own, but still not enough for school. But we really wanted to move out so we took the plunge and applied for a mortgage, and surprisingly at the age of 20, we were APPROVED.

Our budget and expenses of course increased, by almost $1,000 a month due to the new house. We made enough, but were forced to scrape by due to our income not being too much more than our monthly expenses.

I then had to start taking out student loans so that I could graduate faster.

If the option was there, I would have lived at home after high school and during college (and possibly after college).  We both could’ve saved so much money, but instead I moved out. Our bills weren’t too high, but of course I could’ve saved money and applied house bills towards debt instead if I would’ve lived at home. If I could give one piece of advice to anyone who is looking to obtain a obtain a degree in health care administration, business, nursing or any other type of education, it would be to try and live at home so you can save money.

I ended up graduating after 2.5 years, but I had to take out around $25,000 in student loans. I often think that if I didn’t buy my house so early and would’ve stuck it out at the rental house, I would’ve saved so much on student loan interest, and I also could’ve saved more for a house down payment.

However, even with these mistakes, I don’t fully regret anything. I love my life and wouldn’t be where I am today unless I would’ve done these things.