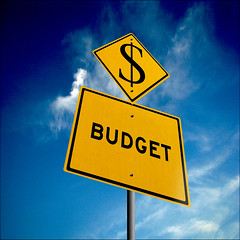 I may be able to supervise my children. I may even be able to prevent them from completing what seems to be a relentless mission to end their lives by swallowing small toys and diving off of furniture. Yet, while I pat myself on the back, my abilities are nothing in comparison to my children’s mother. She can do all this and work, craft, write, talk, walk and clean. I haven’t even scratched the surface on her impeccable taste in spouses. So, this Mother’s Day (It’s Sunday for all you men out there), I’m getting my wife something special.

How Much Does the Average Family Spend on Mother’s Day Gifts?

Electronics Cost a Lot of Money

What were the top three gifts for Mother’s Day shoppers? The answer is flowers, clothing and electronics. One-third of all shoppers plan on purchasing clothing for their mothers. Collectively, they’ll spend $1.6 billion. Those buying mom electronics will also spend a total of $1.6 billion, but the spenders in this group is three times smaller. Who doesn’t like gadgets, but if you want a budget lower than the average family, you may want to buy clothing instead.

Those With Smart Phones Don’t Know How to Find Coupons

The advent of the smart phone has changed the way we buy, sell and interact. However, it hasn’t done much for saving people money. While one quarter of shoppers plan on using their tablet or smart phone to shop, only about 10% of smart phone users will redeem a coupon with it.

Men Spend Much More than Women

Sure, men need to treat the women in their life. However, they don’t need to spend 61% more than women spend. The average male budget is $189.74. Meanwhile women spend far less with an average of $117.42.

Guys, take a lesson from mom this year and spend some time shopping for a deal.

I don’t know about you, but the average family Mother’s Day budget looks a bit hefty to me. When you consider the amount of people planning to buy smart phones and neglecting to shop or take advantage of deals, arriving at a massive budget takes little effort. This year, my goal is to get a great present while staying well below the average.

What’s your family’s Mother’s Day budget? How do you compare to the average? Should the average family spend less?